Why Are the Police Calling Me? 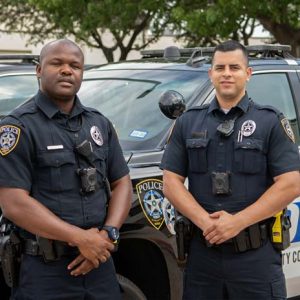 When you receive a call from the police, the first instinct is that something is wrong. You’ve done something wrong, someone needs bail money, or there has been an accident. Secondly, there may be a solicitation from a police charity such as a fundraiser. Someone may request support for the local Sheriff’s department or Fraternal Order of Police (FOP). While all those things are legitimate, some are not typical. For example, if you have broken the law, the police are not going to call you. They will come to your house and arrest you. If bail money is needed, the person needing the money would call, not the police. Fundraising efforts do take place, but you should insist on supporting local organizations only, ones that can be verified.

Here are some common scams related to law enforcement:

Police issue arrest warrants if someone has broken the law. Law enforcement refers to is as a “bench warrant.” It is a document stating that you must go to jail immediately. Police never call criminals to let them know they will be arrested. Victims of arrest warrant scams are told that they must pay a certain dollar amount or be sent to jail. The scammer requires you to send money via Western Union or another wire service. Don’t do it! Call your local police station immediately.

Seniors are common targets of this scam, often referred to as the Grandparent Scam. The caller contacts a senior to say that a relative is in jail, usually in a foreign country. They require the victim to pay a large sum immediately or the relative will be held without bail. The caller never offers proof of the arrest. They may say that a bondsman will call shortly to arrange for the bail to be paid. If the caller presents himself as an officer, ask for his name, rank and badge number. Call the local authorities immediately if you receive this type of call.

Police and fire departments are sometimes underfunded. As a result, they will solicit funds from the public. Citizens may receive a call asking for donations for a specific event or to support the Fraternal Order of Police. Police will never ask for credit card information over the phone. If you are suspicious of the request, contact the organization directly.

It may be difficult to identify a phone scam but it’s not impossible. Scammers use fake names and a spoofed caller ID to hide their real phone numbers. Also, scammers can tap into phone numbers used by police so that they appear legitimate.

If a police representative asks for money, ask questions. Callers should give you their full names and the organization’s address. If the caller says they are collecting for a specific chapter or precinct, call to verify before opening your wallet. Scammers usually can’t answer any questions, get defensive and/or hang up.